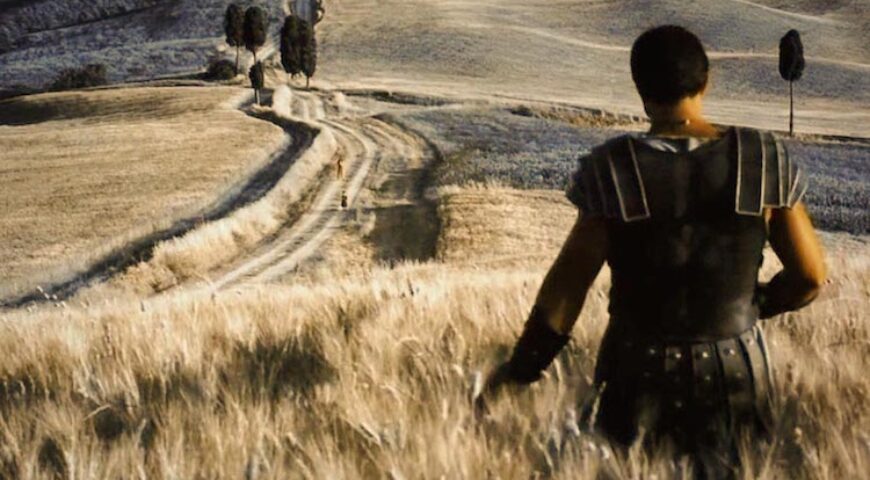 So you are planning to travel to Tuscany, or you are visiting again but with a different spirit and expectations?

As traveler and avid reader, reading a book on my destination has always been a great chance to enjoy even more my journey. Not much time to read?

No worries! Here is a list of some of the best movies filmed in Tuscany, and their locations…

1. The English Patient 1996
The most part of this amazing movie takes place in Africa. A dying man unfold to its nurse this story of war, spies and love that eventually took him to become “the English Patient”. This part of the movie is actually set in Val d’Orcia. Sant’Anna in Camprena is the Romanic church where the protagonist eventually dies, Montepulciano and Montichiello near Pienza are the setting for the movie.

2. A Room with a View 1986
This movie as been one of the first videotapes I ever bought and as a Florentine I had to watch it over and over again. For a feeling of what Florence was before mass tourism, a vibrant, productive lively city….

3. A Tea with Mussolini, 1999
The title might be disguising as Mussolini only makes a quick appearance in the movie. By the way it is mostly interesting to see how the English colony of Florence lived through the war in Florence. You will find great views of Florence and San Gimignano and a quite accurate historic reconstruction by the great Florentine director Maestro Franco Zeffirelli

4. The Gladiator, 2000
Val d’Orcia again ( San Quirico d’Orcia) would offer the only sceneries that remain in the dreams of Maximus Decimus Meridius when he recalls his family and when dying in the Colosseum eventually joins them in the Elysian Fields

5. Twilight New Moon
Remember the march of the Vampires entering a medieval palace, well that was Montepulciano’s Palazzo Comunale, the townhall

6. La Vita è bella, Life is Beautiful 1997
One of the most beautiful movie of the last decades. The life of the Jew family before concentration camps is filmed in the town of Cortona and in the city center of Arezzo, two close cities easily to discover in one day.

7, Stealing Beauty 1996
A stunning Liv Tyler is a 19 years old teenager discovering her sensuality in a hot summer on the hills of Tuscany, more precisely in Chianti.

8. Quantum of Solace (007) , 2008
The shooting sequence at beginning of the movie was actually filmed during the “Palio” Horse Race in Siena, in the Campo Square, one of the most beautiful in the world.

9. Much ado about nothing, 1993
the brilliant cast of the Shakespeare comedy included Emma Thompson as Beatrice, Denzel Washington as Don Pedro, Keanu Reeves. It seems like they fell in love so much with the shooting locations, the Villa di Vignamaggio in Greve in Chianti, that the production had to stretch the rental for the villa far longer than the initial plans.

Find the tours yo these movie locations